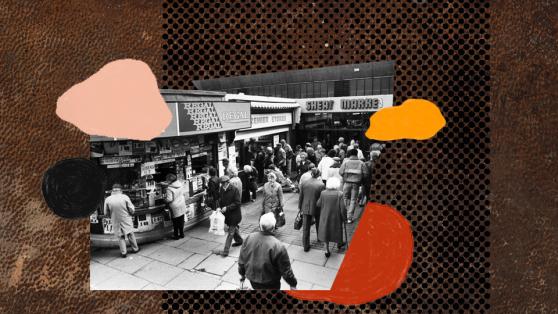 Hoard Exchange Marketplace Is a Pawnshop for In-game Items

Gamers are usually intrigued by in-game items, which are a collection of valuables such as firearms, ammunition, or armor that are typically found in action video games. These valuables could also be relics or other special collectibles as in the case of adventure games.

These game players are sometimes required to pay actual cash to obtain a native coin in the game, which allows them to purchase some of these valuables that they would have otherwise had to wait a long time to obtain.

Realistically, the gaming industry was one of the first to adopt the cryptocurrency concept, albeit it wasn’t established on a blockchain as in the case of most crypto assets. And, more so, unlike decentralized applications (dApps), it still relies on centralized payment systems that involve intermediaries i.e., gateway payment services.

Although this obsolete style is gradually fading away with the inception of GameFi, which is a combination of decentralized finance (DeFi) and non-fungible tokens (NFTs), it may take a while to materialize. Likewise, while most GameFi projects are built from scratch, the bulk of regular game titles out there is yet to integrate blockchain in any form whatsoever.

This is exactly what Hoard Exchange is trying to fix in the gaming industry by filling the gaps between NFTs and the regular game. To do this seamlessly, the barely three-year-old startup has created a blockchain infrastructure that can be integrated as an API in already existing games.

By providing this infrastructure, game developers can tokenize all aspects of their games including the part where players obtain collectibles.

On the other hand, players will be granted liberty to own whatever in-game item they obtain using the native token for life.

Even more interesting, they can buy, sell and even rent out their virtual possessions at will, inside and outside of the Hoard marketplace.

In his exclusive interview with DailyCoin, Radoslaw Zagorowicz, the CEO of Hoard Exchange, described the Hoard marketplace as “a pawnshop for in-game items.”

According to Zagorowicz, end-users or players can buy, sell, exchange or perhaps put their in-game items in a collateral account, which then qualifies them for loans typical of a pawn shop.

“We are focused mainly on preparing this marketplace for the end-users (the players), where they will be able to exchange, sell, buy, and even put in collateral, their in-game items. For instance, by putting in-game items in collateral, a player is qualified to take a loan, just like in a typical pawnshop,”
Zagorowicz explained.

Zagorowicz explained how the loan system works, saying that if a person has an in-game item in their collateral account valued at $10,000 USDC, for example, the player may borrow the equivalent of that amount and spend it in the real world.

After days, weeks, or even months of borrowing, the player can repay the loan, although with an additional fee awarded to the lender, and the collateralized in-game item is then returned to the player’s pocket.

“Like every object in the real world, you can go to the pawnshop, for example, put your watch there and loan some money in return for your daily expenses. Only that in this case, you can (for example) use it to put this USDC as liquidity to the UniSwap, interact with other Defi on blockchain protocol, or anything else you would like to outside of the marketplace”
Zagorowicz noted.

According to Zagorowicz, some GameFi projects like Cryptokitties, ENS domain, and a few others are currently integrated on the Hoard marketplace.

By depositing a supported item in a collateral account, users of the integrated platforms can ask lenders for offers on deposited items. Specifically, players can select from a variety of offers, whichever they feel is best for them, and subsequently, proceed to execute the transactions.

In addition to buying, selling, and exchanging in-game items, and lending, end-users of the integrated platforms will also get to participate in auction activities on the platform, although according to Zagorowicz, this particular functionality is still in the pipeline.

With respect to bundling in-game items, Zagorowicz noted that users will be able to compose their own unique NFT, which is a bucket of different NFTs and ERC2Os. This way, they can build different characters as they please, or put the inventory of each character created into one bucket as collateral on the marketplace.

By “bundling” in-game items, users can transfer all these items in one transaction, or perhaps, put them up as collateral and take a loan in return. The idea is that bundled items are worth much more as a unit than in isolation.

Being the Frontrunner in Gaming

Currently, Hoard’s approach to creating a marketplace where regular game players can trade NFTs is quite unique, and while looking inwardly, Zagorowicz believes there is just one project that is offering a similar solution, but not exactly the same.

“I know only one project which does something very similar regarding loans on NFTs and it’s called NFTfi. Besides that, I don’t know any other projects at the moment.

So that’s one of our competitors, which is also very cool basically and I like this tool. However, the best part is that we are employing a different approach, one that stands out in the industry,”
Zagorowicz said.

Being the first of its kind, Hoard Exchange is aiming to partner with the top dogs in the industry, those that are referred to as “Triple-A game titles or developers.”

According to Zagorowicz, the triple-A game developers are capable of driving mass blockchain adoption by integrating Hoard’s type of NFT solution.

As a result, Hoard is positioned better and can take advantage of its frontrunner position by helping interested partners such as regular triple-A game developers to integrate the blockchain solution at a very early stage.

“The GameFi market is exploding, however, I think it will explode when a player, which I hope will be Hoard, will integrate or will have a partnership with the regular gaming industry, specifically the AAA gaming companies. If this is eventually achieved, they will release games that will be integrated with blockchain.

Zagorowicz said that they soon intend to change the platform’s governing protocol to DAO, which is the most commonly used among dApps. This way, they will be able to release their own native token, which is currently unavailable on the platform, as end-users have to utilize USDC for transactions.

The forthcoming governing protocol, according to Hoard’s CEO, will majorly benefit people with a stake in the marketplace, as they will be entitled to profit-sharing as a result of the fees paid during such activities as lending.

Why You Should Care?

As the NFT market continues to grow at a rapid pace, players of regular games may begin to look for avenues to profit from their in-game purchases, or may even drift toward games that do. In this regard, stakeholders in the gaming industry must quickly strike a balance in order to remain relevant amidst the ongoing revolution.

Join to get the flipside of crypto

Upgrade your inbox and get our DailyCoin editors’ picks 1x a week delivered straight to your inbox.

[contact-form-7 404 "Not Found"]
You can always unsubscribe with just 1 click.