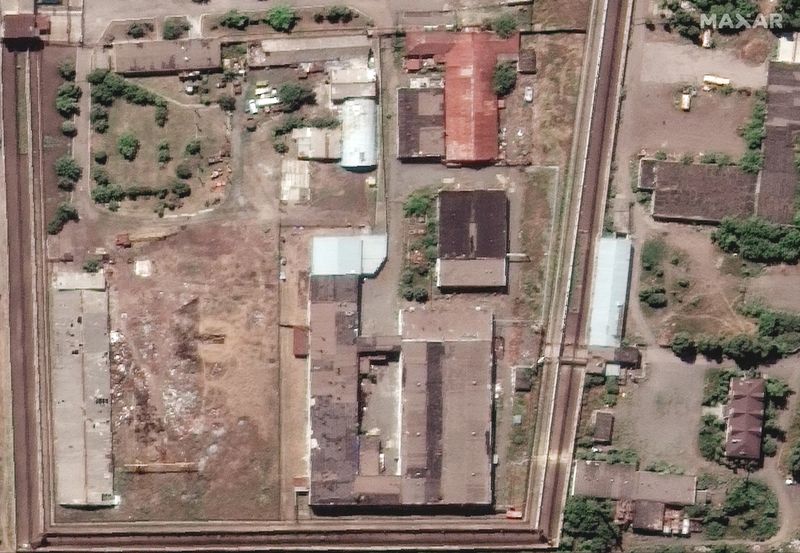 ZURICH (Reuters) -The International Committee of the Red Cross (ICRC) has not yet received permission to visit the site of Friday’s attack that killed dozens of Ukrainian prisoners of war, it said on Sunday, condemning the incident at the Olenivka facility.

“Families must receive urgent news of and answers on what happened to their loved ones. The parties must do everything in their power, including through impartial investigations, to help determine the facts behind the attack,” it said in a statement.

Ukraine and Russia have traded accusations over the missile strike or explosion in the front-line town of Olenivka that killed prisoners held by Moscow-backed separatists.

Moscow has published a list of 50 Ukrainian prisoners of war killed and 73 wounded in what it said was a Ukrainian military strike with a U.S.-made High Mobility Artillery Rocket System (HIMARS).

As well as seeking access, the ICRC also offered to help evacuate the wounded and donate supplies.

“As of yet, we have received no official confirmation granting us access to visit the site or the PoWs affected by the attack, and, to date, our offer of material assistance has not been accepted,” it said.

Red Cross teams were ready to deploy to Olenivka and already had medical, forensic, and humanitarian teams in the vicinity, it said.

“It is imperative that the ICRC be granted immediate access to the Olenivka facility, and other places where the wounded and dead might have been transferred in order to carry out its humanitarian mission,” it said, pointing out that warring parties were obliged to let it visit POWs wherever they may be.

“However, it is not the role or mandate of the ICRC to carry out public investigations into alleged war crimes.”